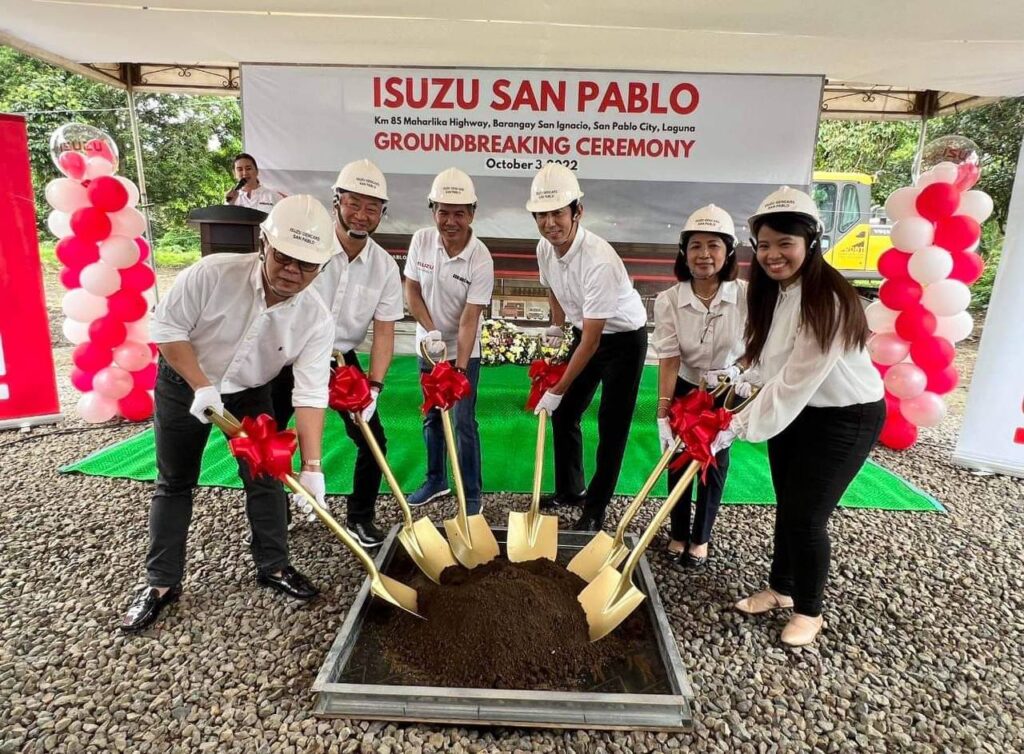 In his special remarks, Cabangon expressed the company’s optimism and excitement over the transfer of Isuzu San Pablo to a better location. “This development is a step towards the realization of our promise to adapt the Isuzu Outlet Standard (IOS) throughout the Gencars network of dealerships,” he said, explaining that when it opens, the new Isuzu San Pablo “will feature a beautiful façade, an elegant showroom, and a cozy customer lounge, which are all in line with the IOS design philosophy.”

The new Isuzu San Pablo will occupy 7,220.23 square meters of the 1-hectare property purchased by Gencars. It will be constructed with the help of RDB Tecson and Associates, an ISO Certified firm which was also responsible for the transformation of Isuzu Makati into an IOS dealership.

We use cookies to personalise content and ads, to provide social media features and to analyse our traffic. We also share information about your use of our site with our social media, advertising and analytics partners who may combine it with other information that you’ve provided to them or that they’ve collected from your use of their services
Accept & Close