Isuzu Gencars once again proved its reliability and versatility in making top-of-the-line vehicles when it was entrusted with the challenging task of producing the popemobile that His Holiness Pope Francis used during his visit to Manila in January  of 2015.

It all began about the middle of the 2014 when Lingayen – Dagupan Archbishop Soc Villegas, chair of the Steering Committee for the Apostolic Visit of Pope Francis to the Philippines, asked D. Edgard A. Cabangon, President and CEO, if Gencars could provide the vehicle for the popemobile.

But of course, Edgard recalls later, what could  one say except, “thank you, Excellency, we will be honored and consider ourselves blessed to do it.”

Promptly he contacted Almazora Motors, a long-time partner in vehicle-making, and worked closely with them for the design and fabrication of the Popemobile.

By October 2014, Isuzu Gencars and Almazora Motors began working on custom design and other details of the Popemobile. The Isuzu D-Max was chosen to be customized according to the requirements and standards of the Vatican Security. Followingthe well-researched design by Maru Almazora of Almazora Motors, the plain white Japanese pick-up was transformed into a vehicle fit to carry around the city the Head of the Vatican State and the Catholic Church.

The two-cab Isuzu D-max was altered into a single cab to accommodate the Pope’s chair, which was made from Italian leather and two more seats for his companions. Since His Holiness refused a bulletproof car, all sides of the popemobile were open with only a shield made of plexiglass in front to protect the Pope from the elements. Sturdy railings were also attached to the sides of the vehicle for the Pope and his security personnel to grip while the car is moving. 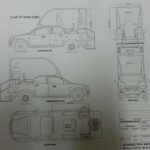 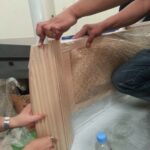 Almazora designed the popemobile with the Pontiff’s security and comfort in mind. And while the materials for its interior have been imported from Italy, such as the red carpet, she managed to infuse a distinctly Filipino design to the popemobile by weaving the Italian leather into a banig pattern of the seats.

Another commendable feature of the Isuzu Popemobile is the recessed overhead lighting, which allowed the people to see His Holiness even during the night. This proved very useful as Pope Francis’ arrival in Manila was at around 5 p.m. and it was already dark when his motorcade on the way to the Apostolic Nunciature in Taft Avenue, Manila began. 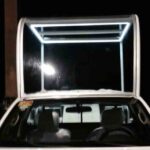 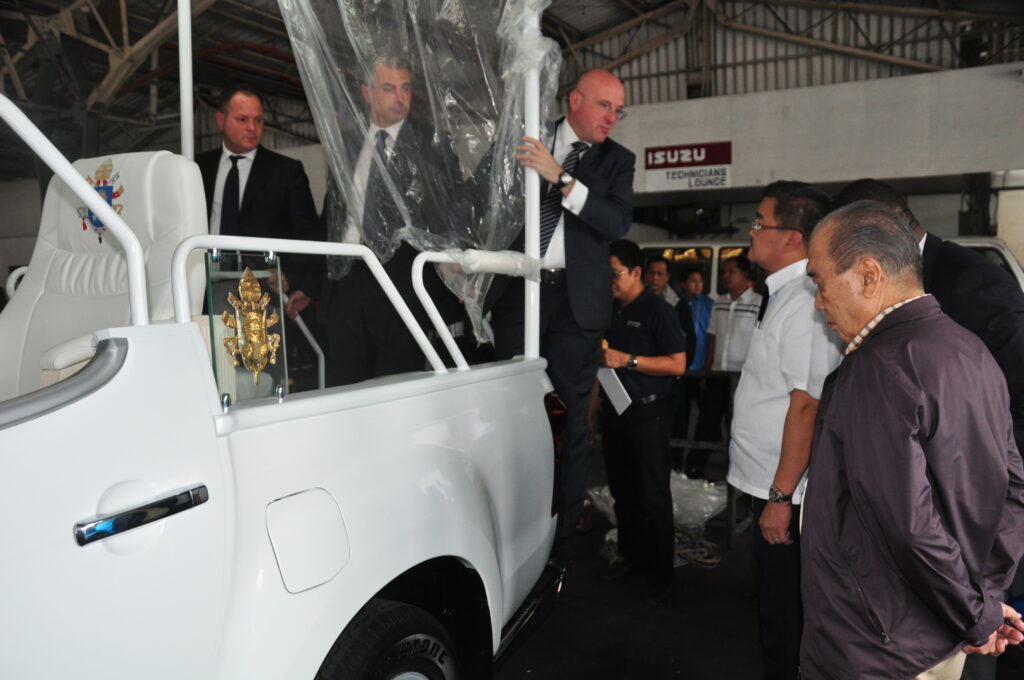 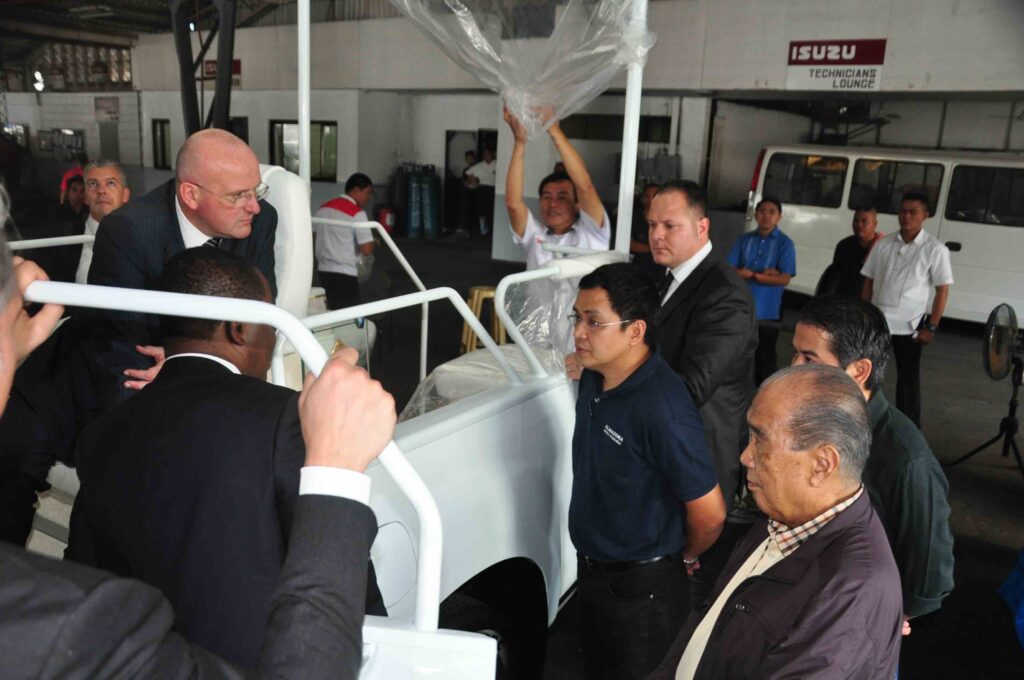 The Gencars-Almazora team followed the APQP system based on Japanese standards in order to meet the tight production deadlines. And when the customization of the popemobile was finally completed, officers from the Vatican visited the Gencars service center in Makati for its inspection. They tested every part of the vehicle to make sure it adheres to their security standards. 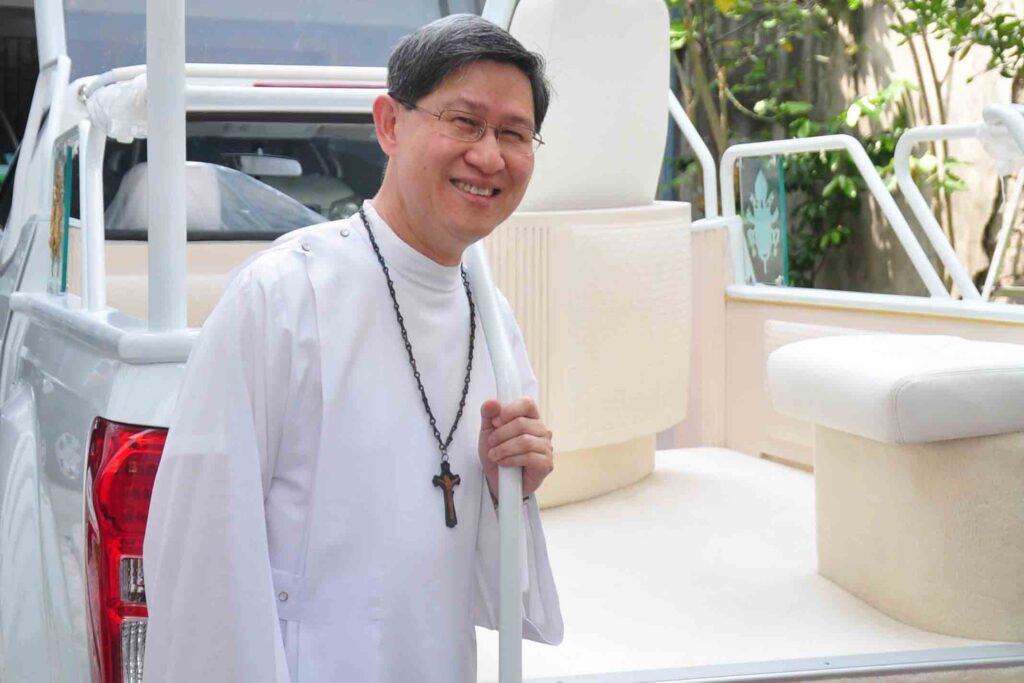 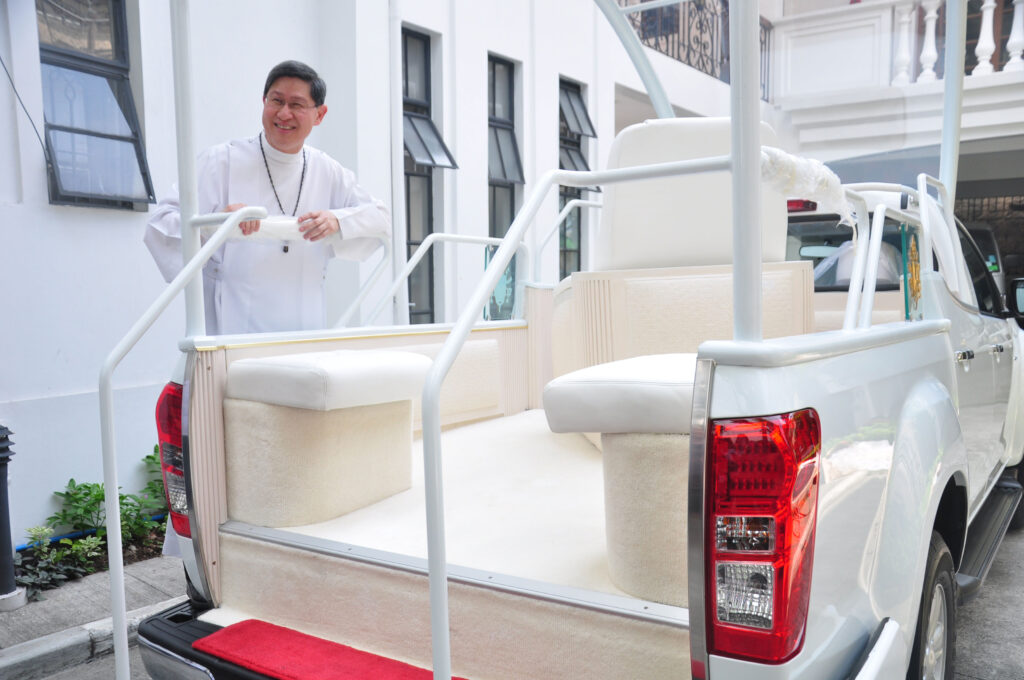 After the D-Max popemobile passed the inspection by the Vatican, it was brought to the Arzobispado in Manila where it was blessed by Manila Archbishop Luis Antonio Cardinal Tagle. This was in the first week of January, or a few days before the Pope’s arrival in the country.

Pope Francis first boarded the Isuzu popemobile upon his arrival at the Villamor Airbase on January 15. He rode it during the motorcade going to the Apostolic Nunciature where he would be staying.

The following day, His Holiness once again rode the popemobile on his way to the Manila Cathedral to celebrate a mass for the members of the clergy.

On his way to the University of Santo Tomas for the Encounter with the Youth, Pope Francis again used the popemobile. It was also in UST that he met Ambassador Antonio L. Cabangon Chua, founder of Isuzu Gencars, D. Edgard A. Cabangon, with his family, to personally thank them for providing the popemobile. Edgard’s son even had the chance to hug the Pope and give him a letter.

“This is a beautiful car,” said Pope Francis to Ambassador Antonio Cabangon Chua referring to the Isuzu popemobile that had been his ride during most of his travels around Manila.

For its wonderful service during the papal service and the good publicity generated for the D Max makers, Isuzu Philippines handed out a Special Award to Isuzu Gencars during  its Dealer of the Year Award January 23, 2015. 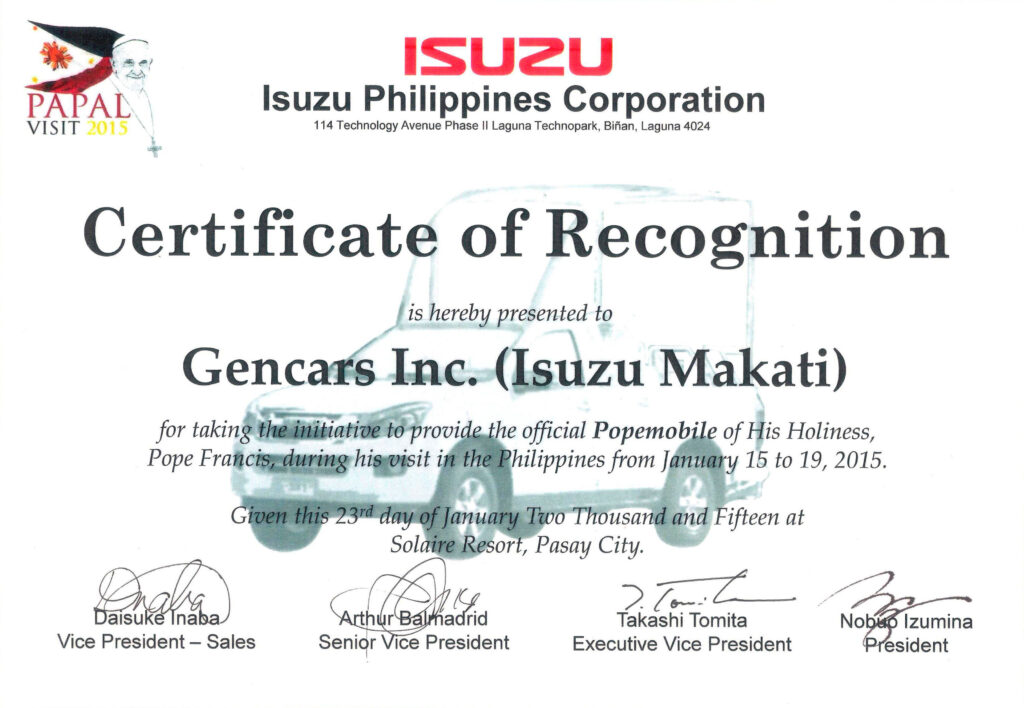 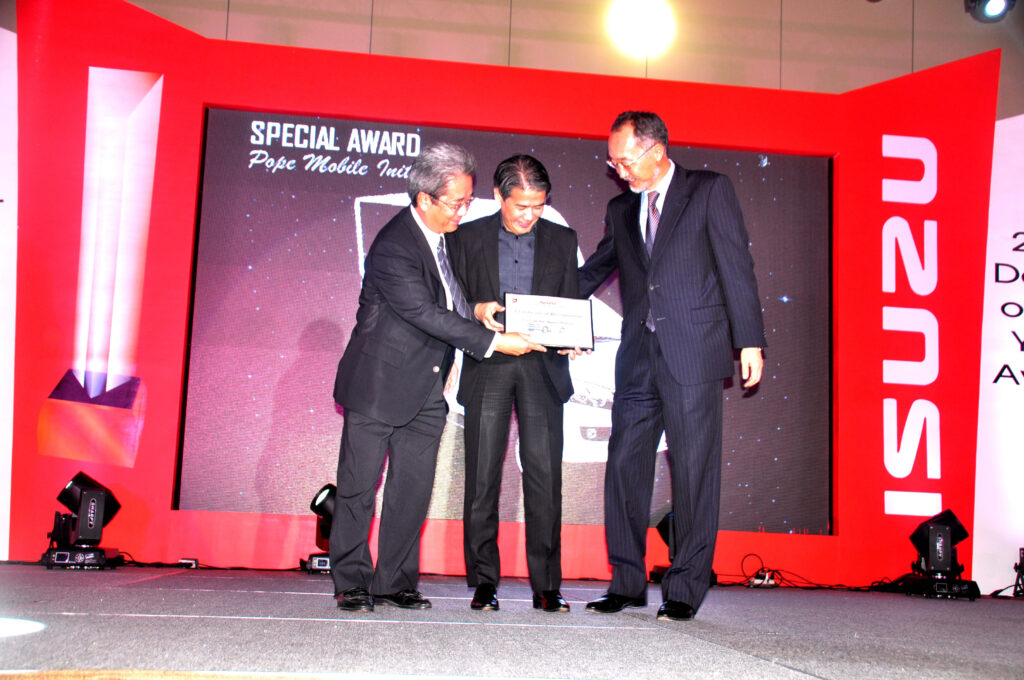 We use cookies to personalise content and ads, to provide social media features and to analyse our traffic. We also share information about your use of our site with our social media, advertising and analytics partners who may combine it with other information that you’ve provided to them or that they’ve collected from your use of their services
Accept & Close